As indicated before, style choices are not neutral even though they appear to be so. The colour of arrows create an idea of the invasion and the size predicts alarming rates of migrants aiming for the EU. This is not empirically accurate, since undocumented migrants are only 0.1-0.7% of the European population. The big arrows imply way bigger numbers. This design is used to justify aggressive policies regarding migration. The arrows also neglect the legality of the border crossings. First of all, many of these borders are legally crossed. This is even true for the EU borders because the vast majority of non-EU nationals living irregularly within the EU did enter with a regular visa or permit which then expired (the so-called overstayers). The people that did enter the EU irregularly often had no choice but to enter irregularly, because legal travel documents are practically inaccessible for certain nationalities. Another issue is the simplification of the trajectories which go straight to Europe, assuming a unidirectionality towards the EU while the majority of migrants stay in the region of their country of origin and do not go to Europe at all. All these simplifications thus obscure difficulties, risks, uncertainties and challenges encountered on the route. In my mapping project, I want to take these considerations into account by making specific symbology choices. I will indicate the complexity of the journey in different ways. All stops along the journey indicated by the participants will be included, as well as the amount of time they had to spend there, the type of accommodation and the legal status. This in order to have detailed itineraries instead of dehumanizing simplifications. The arrows indicating the route will be rather small and we will not use the colour red. The last issue I will pay attention to is the level of participation. The final aim is to make a dynamic, interactive map of all the trajectories. This will be a great time investment compared to static maps, but using this format can be a big contribution to solving some ethical issues. Interactive maps change the relationship between the user of the map and the information portrayed. By actively contributing to their own knowledge construction, users become more engaged in the subject which has a positive effect on awareness and the understanding of the complexity, dangers and challenges of migration. There are thus many ethical issues to consider during the mapping process. It was important to reflect upon these in order to contribute to more ethical cartographic approaches to migration. Thanks to similar critical reflections by cartographers, more and more alternative visualisations are emerging. There are the counter maps that radically try to humanize migration maps by, among others, revealing power struggles (e.g. visa regimes), hidden factors along the routes (e.g. secret detention centres) and the (indirect) support of wars by EU member states. Other alternatives are deep-maps that try to illustrate place-related emotions and mobile maps that aim at stressing the dynamic and relational migration trajectories. It is important that research efforts continue to be invested in these alternatives and more ethical directions for migration mapmaking. When we scientists do it correct, migration maps could help to humanize refugees again. 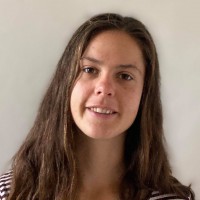 Mona Fias did her bachelor’s degree in Geography at Ghent University and is currently following the Master’s programme Sustainable Development at KULeuven. As a specialisation, she follows the ‘Space and Society’ track. She is doing her internship at the Centre for the Social Study of Migration and Refugees where she assists the Childmove team with social-spatial mapping issues. At the same time, she is working on her Master thesis focusing on the discrepancies between the location of the Belgian Asylum Centres and the needed arrival infrastructure around the centres as perceived by the inhabitants.
Manage Cookie Consent
To provide the best experiences, we use technologies like cookies to store and/or access device information. Consenting to these technologies will allow us to process data such as browsing behavior or unique IDs on this site. Not consenting or withdrawing consent, may adversely affect certain features and functions.
Manage options Manage services Manage vendors Read more about these purposes
View preferences
{title} {title} {title}