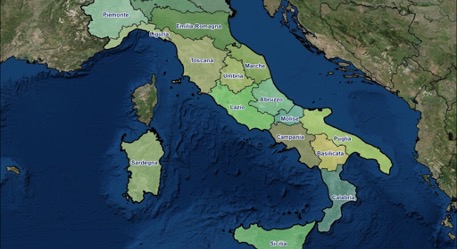 I remember what it was like preparing to go on the field for the first time. People may give you advice and mention a few things to look out for, but nothing really prepares you for being on the field for the very first time as a researcher.  My background is in humanitarian aid, so I am used to intervening when I see a need, but when you are collecting data as a researcher, you wear a different hat. So, I knew before leaving Belgium for fieldwork in Italy that it would be a challenge for me to hear my participants talk about their needs and wants (some of which I could probably help with) and refrain from doing so. 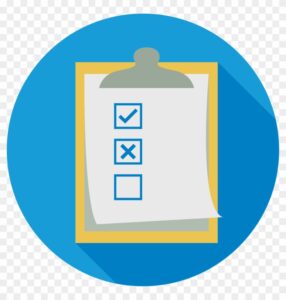 I knew that carrying out research in a country where I once worked on NGO rescue ships in the active care of migrants would probably bring back memories, but I wasn’t sure which ones. I had several discussions with my promotor about this and we discussed how I would deal with different situations should they occur. One of the things which I found most beneficial and now realise that many researchers do not have is the privilege of being part of a team; not just any team, but a team that works well together and colleagues who started their fieldwork a few months before I joined the team. They shared their mistakes, things that they found helpful and unhelpful, and gave me suggestions; some of which I then integrated into my fieldwork plan.

Something that we decided early on as a team was to create a referral network list; a list that comprised of organisations and bodies which provide services ranging from mental and health care to clothing and other forms of support to both regular and irregular migrants. That way, if we were confronted with a situation where someone was in need, we had verified organisations that we could refer them to and know that they would receive some help. I don’t hear about this very often when I read about research among vulnerable populations, but I have found the referral network list to be extremely valuable and under-utilised in research.

Since we put so much effort into presenting our findings while critiquing and analysing them, should there not be just as much, or even greater care given to the sources of our research findings- the participants? By paying attention to the needs of the participants, which in our project included realizing that our questions and interviews would most likely stir up painful memories and traumas, it was important to have a source of help. “The degree and duration of the physical danger and psychological trauma to an individual is not always evident. In some cases, risks may not be obvious to the interviewer”. (Zimmerman & Watts, 2003. p.5)[1]. We knew that while we could not guarantee that they would reach out to the networks on the list or be able to receive the exact type of help that they were looking for, they would receive some help, so we put that mechanism in place as it was an ethical issue for us.

My research group comprises of young women who were all trafficked from Nigeria into Italy, so I set up meetings with NGOs in Italy with shelters and living homes for that group. I also reached out to three young women whom I had previously met who fit the profile of my group asking if they were willing to participate in the research, and they all said yes. So, I packed my bags and headed to Italy for the first time as a researcher. One of the things that I realized upon arriving at the Porta Nuova train station in Torino was how many Nigerians were there- I heard them speaking our languages, making jokes, referring to me as a newbie and speaking Italian too. It was interesting, a bit surreal and funny at the same time.

On the train from Torino to my first location, there were many young women from Nigeria headed there too and I soon discovered that most of the migrants in that city 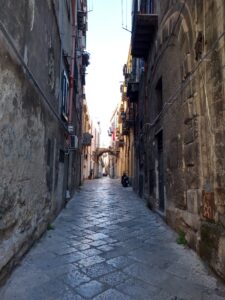 are Nigerian. I went to my bed and breakfast, dropped off my gear and headed to the NGO office to meet the founder whom I had met on my previous fieldwork preparatory trip. I was really happy to meet her because not only is she a Nigerian woman who founded an organization to assist irregular migrants and trafficked women, she herself is a trafficking survivor; thereby making the organization a survivor-led initiative.

At the office, there were several young women with and without children in the hallway waiting for an appointment with the social workers, accountants, other staff etc. and it was full of life. The hallway walls were covered in flyers about safe sex, hotlines in case you or someone youknow is being trafficked and other pictures, all with one message- your safety is important to us. In one of the other locations, they had pictures of a late legendary, Nigerian musician- Fela and some of his quotes, it was nostalgic.  I said hello to the staff and women and then went to the founder’s office to let her know I had arrived and was ready to begin. It turned out that several of the young women in the hallway were waiting for me, they were some of the participants who had agreed to participate in my research. So, we went to the space allocated to us and I introduced myself and our research to them in the group, explained the research process, informed consent and right to withdraw consent, etc. Then I went into the meeting room with each participant individually. One of the things that I had wondered being Nigerian myself, was about how the interviews would go. Would our shared nationality make things easier or more difficult? Would I be too comfortable because we had some things in common, thereby missing what they were actually trying to tell me? As soon as the first set of interviews began, all those thoughts dissipated because my participants were comfortable and felt free to correct me when I made a mistake or misinterpreted something they had said, and that was the beginning of many interviews. 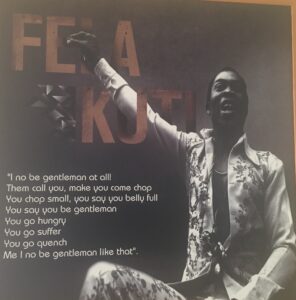 One of the things that happened on the trip was that the shelter director received a call from the police saying that a young, Nigerian woman who was working in prostitution on the side of one the highways had been attacked by a group of guys, was in the hospital and in need of shelter. The founder was away at an event and the director needed to go to the hospital right away, so he asked me to accompany him (given my background in counselling and as a Nigerian woman) and calm her down if need be. Even though I had never met her, it was shocking to see how hurt she was laying there on the hospital bed with a black eye and bruises.

She had been attacked by some young men in a drive-by assault; they threw sharp and dangerous objects at her until she eventually passed out as they sped off laughing, while the other young women around her screamed for help. She woke up in an ambulance and found out that the police had been called, they wanted information about the guys- how many they were, what they looked like, the model of the car, etc. information that she did not have.

I explained to her in our local dialect that we were there to take her to a safe place in another city, that the NGO staff would help her, and I just translated everything 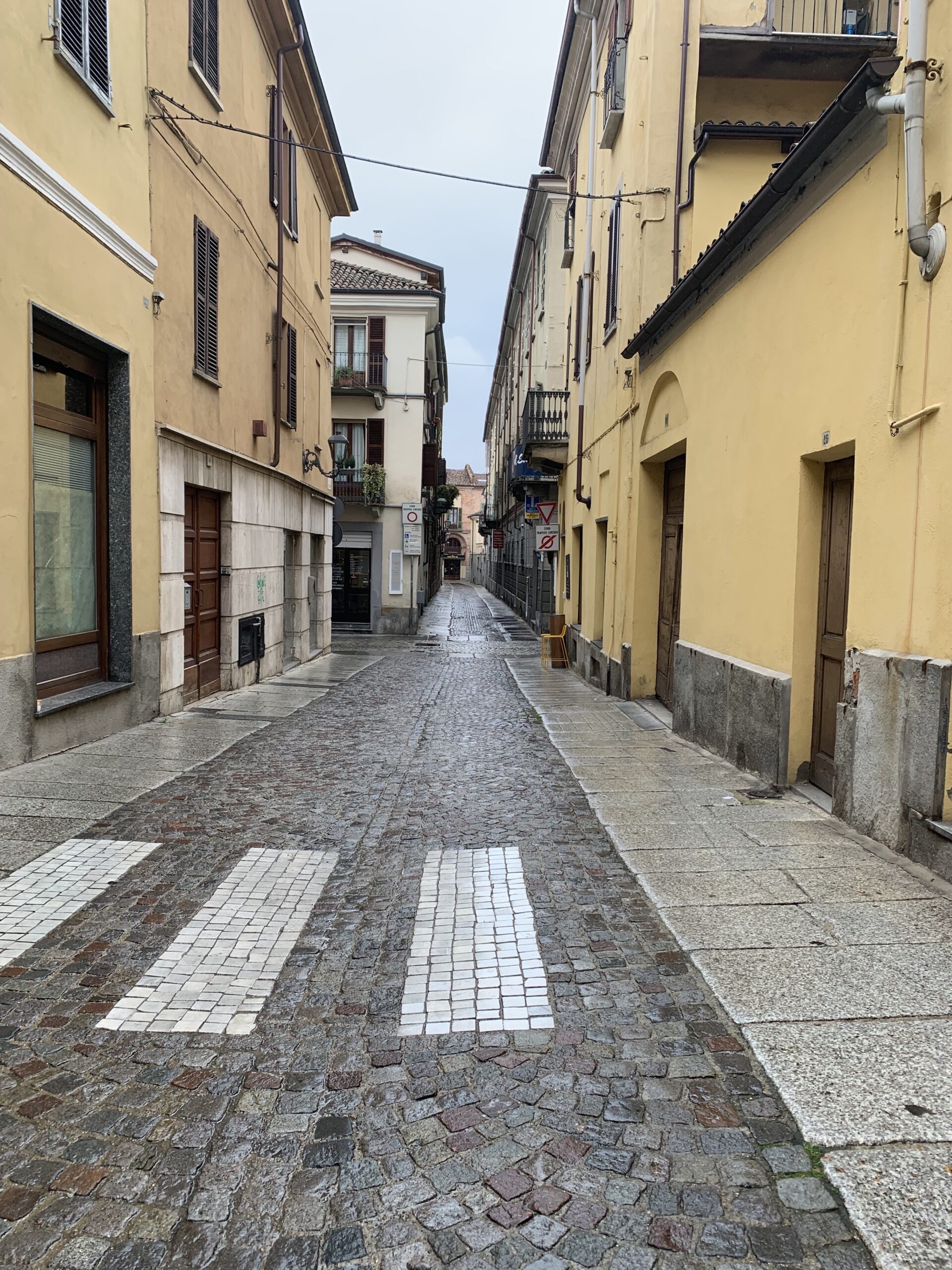 that the director told me to tell her. It wasn’t that he couldn’t speak to her in English, he said that from experience, speaking in the native tongue often brought some calmness and soothe in instances like this. We drove her to a location in another city where the director of her new home was waiting. She asked why we wouldn’t come with her to see the new place and help her settle in, and both directors explained to her that this was for her safety and also a standard procedure, we could not go with her beyond that location.

As we said our goodbyes and got into the car to drive off, I was struck by how often social workers, medics and NGO staff are faced with situations like this and how we as researchers with our (valid) need for empirical data to prove theories and concepts may miss opportunities to help. To step in where needed and able, without violating ethical procedures and provide some relief or assistance to the staff who will be there to clean up after we are long gone is so important, and that memory stuck with me. What that experience did though helped the shelter staff see that while our research is important, the wellbeing of the young women was a priority; after all, our project tagline is about the psychosocial impact of their flight experiences. They were more open with me after that event and more eager to help with our research within reason, and we, in turn, were grateful for all the help that we received.

Sarah is currently a PhD candidate at Ghent University where she is part of the ERC funded ChildMove project and is conducting research on the impact of transit experiences on the wellbeing of unaccompanied minors. Her part of the project focuses on Nigerian females that arrived in Italy irregularly and were trafficked for sexual exploitation
Manage Cookie Consent
To provide the best experiences, we use technologies like cookies to store and/or access device information. Consenting to these technologies will allow us to process data such as browsing behavior or unique IDs on this site. Not consenting or withdrawing consent, may adversely affect certain features and functions.
Manage options Manage services Manage vendors Read more about these purposes
View preferences
{title} {title} {title}