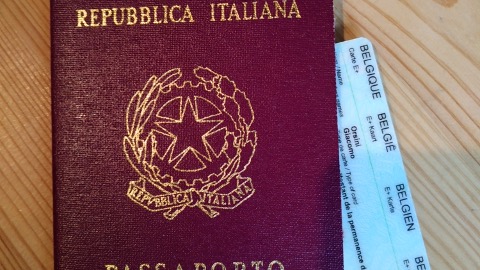 While seven months have already passed since I joined the ChildMove team in Ghent (wow, time flies!!) I have lived in Belgium for over three years now! Since I left Italy for the first time in 2005 – since I moved to sunny Valencia, in Spain, to live and study there for one year as an Erasmus student – I have lived in Morocco, Malta, The Netherlands, Poland, India and the United Kingdom. It has been an amazing “journey” so far, which deeply shaped who I am today and which is now entering a completely new phase: in a few days, I will become a father!

I already feel those weekends spent reading, having drinks and dinners out, or just becoming one single thing with the sofa are a little more than a distant memory. Saturdays and Sundays are now spent searching for the right stroller (to the point that I now hate the strollers’ industry!); assembling furniture for the new baby room; preparing the luggage for when we will have to run to the hospital; etc. Then, during the week there are also the visits to the doctor; the meetings for choosing the nursery (yes, it looks too early for it, but that is how it works here in busy Brussels!); or, the training in the hospital and the midwife’s home visits, etc. 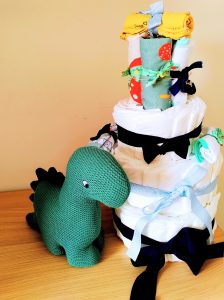 But, what is different in becoming a parent in a foreign country? How does parenthood fit into mobile/migratory life trajectories? How is it to make family transnationally, when the grandparents, the cousins, the uncles or the aunts live at about a thousand kilometres away from the new-born? Consciously or not, among plenty of new emotions, these and other questions are popping up daily in our minds – I say ours since my partner also comes from the same Italian city and has a very similar migratory career. These questions give us an even stronger feeling that a completely new journey has begun for us about nine months ago.

The answers to these (and many other) questions will come in the incoming months and years, as we will learn through experience – and, I am sure, by committing plenty of “errors”. There are a few things that we have learned already, anyway. For instance, dealing with a complicate bureaucracy as the Belgian one when trying to understand how and where to register the birth of your son, can be a bit more complex if you can only interact with administrators in what is for you a foreign language – even more, if the interaction has to happen on the phone. Registering the birth and getting the documents of your son is more challenging in a country where citizenship is attributed through a hybrid ius soli and ius sanguinis regime. After dealing with the municipality, we will have to go to the Italian embassy where we will have to present all documents officially translated – and, thus, also more expensive.

One more thing we understood already is that a pregnancy abroad in times of pandemic-imposed-immobility translates into hours of Skype/Zoom/Microsoft Teams calls with the future grandparents – and with a suddenly extremely extended family (I learned I have relatives I almost had forgotten about). It also makes the support grandparents can give more complex to organize, as the one-hour-long and cheap Ryanair ride of the past has become a twelve hours journey by car. A trip that is made even more complicated (if not impossible) as the country decided to close its borders in a clumsy (?) attempt to control the pandemic.

But, hey, there are also plenty of advantages in becoming parents abroad! For instance, distance can “protect” you from those “intrusive relatives” willing to see the new-born on a daily basis since the very first weeks after you come back from the hospital! You also already know that your kid will speak multiple languages somehow by default – even more in a multilingual country such as Belgium. S/he will also be(come) that interesting cousin from abroad, and you will always be treated as the “special guest” in all future family reunions – something which comes very valuable when collecting the boxes of foodstuff (and wine) which the relatives have prepared for you to take back to (beer-centric) Belgium.

Certainly, on this new journey, there is no defined direction and there is much to learn and discover along the way. A journey that migration can make more complicate, but also more exciting and instructive!

dr. Giacomo Orsini concluded his doctoral studies at the Department of Sociology of the University of Essex in 2016. Since then, he worked as a Senior Research Officer of the same department and, later on, as a postdoctoral researcher of the Université Catholique de Louvain. His studies concentrate on the everyday governance of migration and the multiplication of physical and non-physical boundaries of exclusion/inclusion, governmentality, and the social (re)production of ‘otherness’. He assists Ilse in the coordination of the ChildMove project and within this research, he focuses on various aspects related to the psychosocial wellbeing of unaccompanied refugee minors
Manage Cookie Consent
To provide the best experiences, we use technologies like cookies to store and/or access device information. Consenting to these technologies will allow us to process data such as browsing behavior or unique IDs on this site. Not consenting or withdrawing consent, may adversely affect certain features and functions.
Manage options Manage services Manage vendors Read more about these purposes
View preferences
{title} {title} {title}