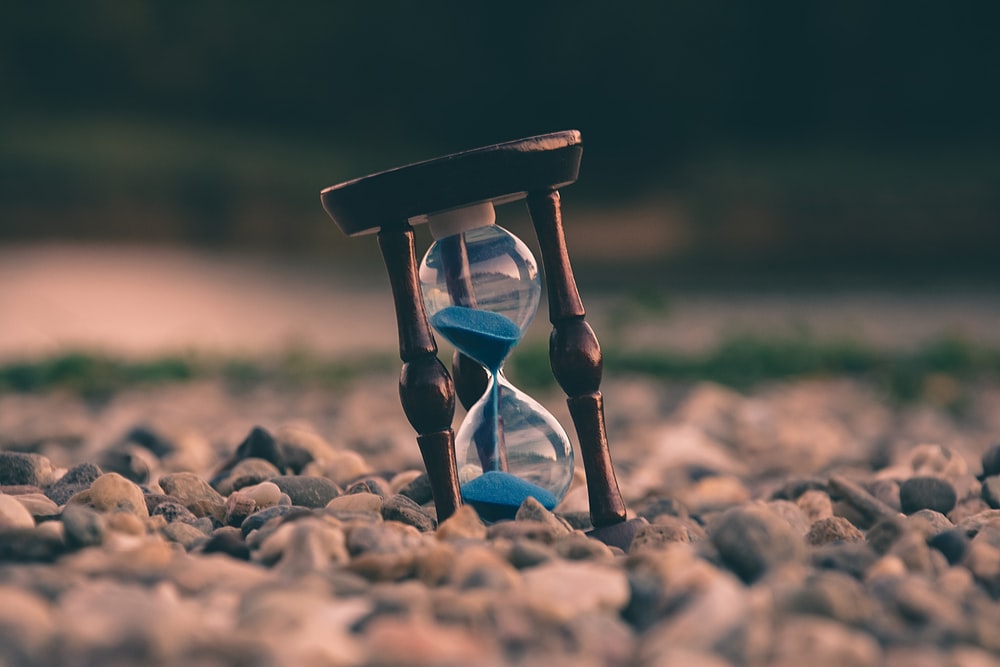 In the course of my research with unaccompanied refugee minors (URMs), I became aware of the existence of rhythms in their migration trajectories. During a collaborative project involving social workers from four EU countries, one of them shared an unaccompanied minor’s reflection about time. He said that ‘time was like a rubber band: sometimes it can be stretched indefinitely and sometimes it passes very briefly’. It was a powerful image that led me to reflect on the experience of time and waiting during data collection and fieldwork.

Having the time for research…or not: In the very first steps of my research, I realised that was an important element to access the field and foster research participation. In the reception centre for unaccompanied refugee minors where I presented my research in Sicily, many young people declined my offer to participate. Some of them shared their sentiment of exhaustion towards researchers and reporters asking about their stories while others although interested to participate were positively busy with school attendance, football or gym practice, internships and other volunteering activities outside the centre. Over time and while sharing informal moments and talks inside and outside the centre, they could ask questions and felt more confident and familiar with this research,  leading them to participate.

Having time without wanting it: For those on the move, time passed at different lengths especially for those engaged in irregular migration. The local environment, local support and experiences of borders also played a role in facilitating or decelerating their trajectories. In Rome, URMs were passing with a certain fluidity and would spend a couple of days arranging the details of the next part of their journey. I quickly realised that it was not enough time to establish the necessary conditions for participation in research. Conversely, the situation experienced in Ventimiglia resulted in a temporary deceleration of minors’ trajectories: being stuck at the border, their mobility project was temporarily suspended. In this situation, time was often endured and it seemed that my presence offered the opportunity to voice their current situation and make use of this waiting time during which nothing else meaningful could be done anyway. Waiting is unpredictable and children could also escape from it sooner than they expected. For instance, one boy crossed the very same night I met him. Another one crossed at night after a few days while we were supposed to finish the interview the day after. They always apologised for leaving so abruptly while we were both aware that their search for safety and the pursuit of their mobility was a priority for them.

For other minors, waiting wasn’t experienced in relation to their mobile trajectory but as regards lengthy administrative processes and procedures. Minors are sometimes left in idleness situations while their legal status is still under examination or when their school integration is delayed. Time can also be endured when one’s access to basic survival services (access to shelter, food distributions or language courses) is restricted by time-limited access especially for URMs who live outside the formal protection system.

How to fill the empty time? 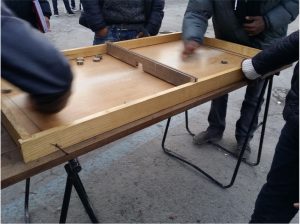 Next to other activities, playing games and sports activities were also meaningful to spend one’s waiting time. In Ventimiglia, a group of volunteers had installed several games and organised football and badminton sessions dedicated to transit migrants. These international football games were often full of passion.

Starting from this understanding of time, I tried to combine this leisure and child-friendly approach during participant observation on the field. The aim was for the young migrants to become accustomed to my presence without feeling pressure to participate in the research. Surprisingly, minors with no common language and belonging to different groups (often based on nationality or language) would participate, creating a positive group dynamic. In this context, many related to the pleasure of sharing a cards game or practising physical exercise to keep themselves busy and escape worrying thoughts or boredom for some time. 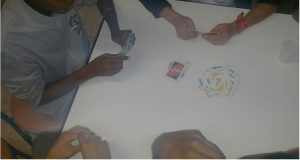 For those who did formally participate in the study, walks towards their favourite places in the city, their schools or football fields for practice were also enriching information that helped me to visualize the places mentioned during the interviews. Altogether, taking the time to play, or walk along the young people allows them to express themselves in their own terms beyond the formalised context of the interviews.

Océane Uzureau is a French researcher holding a Masters degree in Migration Studies from the University of Poitiers. She previously worked for the Observatory of the Migration of Minors (University of Poitiers/ MIGRINTER – CNRS) on action research projects with unaccompanied minors newly arrived in France, analyzing access to protective services and local inclusion with local NGOs and institutions. She is currently a PhD candidate in Educational Sciences at Ghent University (CESSMIR) and a member of the ChildMove team. In this project, her research interests focus on the analysis of mobility patterns of unaccompanied minors travelling toward and within Europe, and on social support from NGOs and volunteers available for migrants on the move.